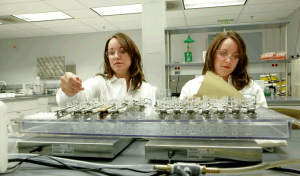 CHATHAM, NJ – December 5, 2013 – Tribe Pictures is pleased to announce that its production of “Twice As” for Actavis, a global specialty pharmaceutical company, has won a total of five awards.

This year, the film earned a Golden Eagle from the Spring 2013 CINE Awards, and an Award of Distinction from the 2013 Communicator Awards.

The video previously won a Gold award at the Fall 2012 Aurora Awards competition in its Corporate Image/Identity category, a Silver award from the Telly Awards in its Pharmaceutical category, and an Award of Merit from the Accolade Competition for Sales/ Branding.

With operations in more than 60 countries, the combination of Watson Pharmaceuticals and Actavis last year created the third largest generic drug company in the world.  Prior to the formal approval to merger, the communications team at Watson, the acquiring company, which adopted the Actavis name after the acquisition was complete, challenged Tribe Pictures to deliver a powerful “day one” message.

“This merger was about global strength, opportunities and momentum – the combination of two growing companies into one exceptional global business,” said Charlie Mayr, Chief Communications Officer – Global for Actavis. “Tribe was the perfect partner to help us deliver those messages to all of our diverse audiences around the world.”

Actavis challenged Tribe to develop two films – one to tell its “day one” story to the media, investors and global stakeholders, and another to speak to its newly combined workforce of more than 17,000 employees worldwide, inspiring them to “Challenge. Connect. Commit.” – the Winning Behaviors that define Actavis’ global employee culture. Within a week, approaches and plans for the films had been approved, and with only eight weeks from being awarded the assignment until “day one” Tribe planned for simultaneous productions on multiple continents.

Vern Oakley, Tribe’s Founder and CEO planned to film in India, Italy and several plants in North America to fully represent both companies, their broad range of capabilities and be inclusive of all employees.

Oakley assembled an international award-winning team of talent to meet the aggressive schedule. After establishing a creative template for the films, Director Sebastian Cardemil, President of Tribe Latam (Latin America) based in Quito, Ecuador, travelled the globe directing the films’ international segments. Meanwhile, editing had commenced at Tribe in New Jersey where Oakley was directing several segments for the films at Watson’s global headquarters.

The films debuted in Florida in early November of last year to an overwhelmingly positive reaction among Actavis employees.

“Twice As” received high marks across the categories of execution, content, and creativity from the Aurora Awards. In the judges’ feedback, “Great music and narration. Clean and clever edits. Good pace and variety of shots,” are listed among their favorite elements. They also commented that the film has an “intriguing intro” and is “upbeat.”

About Tribe
Tribe Pictures is an award winning video production firm that specializes in strategic digital-video and film solutions for Fortune 500 corporations as well as leading colleges, universities and non-profits. Tribe has successfully produced purposeful films for over 27 years through an artful blend of strategic messaging, storytelling and a fine-craft perspective in filmmaking.