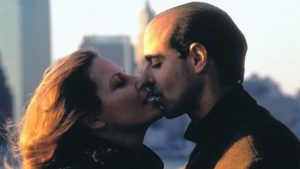 Tribe Entertainment is a division of Tribe Pictures that focuses on encompassing human connection stories expressed through film, television and documentaries.Our goal is produce quality material for the screen by bringing passionate creativity to the projects we develop.  We currently have several projects in development, including a feature film and a short film. Tribe Entertainment is all about visualizing that creative spirit inside us all, from which great stories flow.

Feral Dog
Short Film currently in development.
An original screenplay by Vern Oakley and writing partner David N. Meyer, follows a unique, moving story of father and son –in the most unlikely of settings and circumstances – coming to know one another at last.

An Empty Nest
Feature Film currently in development.
An original story by Vern Oakley, centering on the lives of three couples who have recently sent their children off to college.

Story about a young woman, in the midst of a crisis, who travels to the picturesque city of Paraty, Brazil and embarks on an adventure that will change her live forever.