Streaming Video and the 2021 Academy Awards

The 2021 Academy Awards are almost unrecognizable to its past decades of shows. Many of the rules have been bent around the impact of the pandemic. But the biggest difference this year is undeniable: the overwhelming number of direct-to-streaming nominees.

Even before the pandemic shut theater doors around the globe, streamers’ original films were making industry waves. In 2016, Amazon’s Manchester by the Sea was the first nomination for a streaming service, and certainly not the last. Netflix picked up 24 nominations last year alone and topped that with 35 nominations this year. And with 12 nominations, Amazon is in second place.

Movie Theater Modification in the Pandemic

Moviegoing is on the top of many people’s post-pandemic lists. We may not see the same theater crowds for blockbuster films again until 2022. But all hope is not lost for seeing our favorite actors on the big screen. 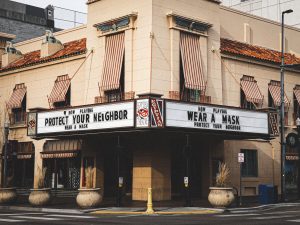 Forbes writer Rob Salkowitz believes the future of movie theaters may be brighter than it looks. The biggest theater chains including AMC, Regal Cinemas, and Cinemark found financial stability to stay afloat. Last year, Amazon considered purchasing AMC to flip their spaces into multiplexes. Salkowitz thinks companies like Target and Wal-Mart have the business potential and funding to do the same. And despite many predictions of the death of the movie theater, box office revenue is soaring. Just over a year since the start of the pandemic, there’s confidence that theaters will make it after all.

Triumphant Year for Film Despite Challenges

No matter which films win big or get snubbed, this year’s award show is a celebration of the industry itself. It’s a huge feat to make a great film during a regular year. But the cast, crews, and distribution teams that brought these films to life during lockdowns and quarantines have shown the world their resilience. Cheers to all the nominees!